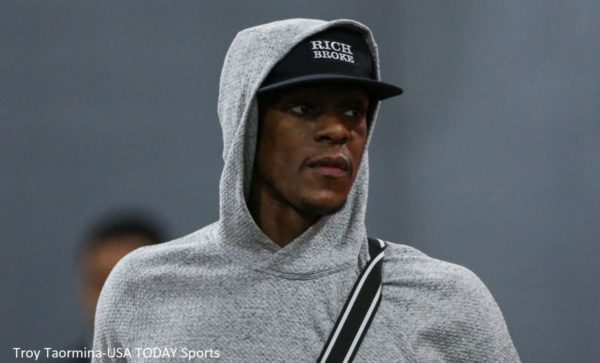 Tiger Fight, October 19th. Recently, ESPN reporter Rachel Nichols revealed on the podcast "The Full 48" that Lakers guard Rajon Rondo once told her that he was considering retiring after experiencing the failed season of the Lone Ranger.

"He told me that a few years ago he was about to retire," Rachel said. "Because of the'disasters' between him and coach Rick Carlisle in the Lone Ranger-we can blame everything on this-he said Hugh Only two teams contacted him during the game, and Rondo thought at the time,'Well, I might never want to play basketball again.' He could have said goodbye to basketball at that time."

After that, Rondo didn't choose to retire. Over the years, he moved to the Kings, Bulls and Pelicans and gradually proved his game value. This season, Rondo played well in the playoffs with the Lakers and finally won the championship.